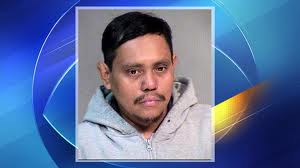 Maricopa County Sheriff’s Office arrested five suspected undocumented immigrants Monday night, including a man who has been deported from the United States 14 times.

According to MCSO, Juan Ramos-Alegria was the driver of the group. MCSO said that just one week ago, he had been deported from Colorado. It was reportedly the 14th time that has happened to him.

It was determined that the group had paid between $1,500 and $2,000 each to be smuggled into the US, according to MCSO. The group was reported to be headed for Arkansas and Georgia.

Sheriff Joe Arpaio said, “I will continue the crackdown on illegal immigration despite the threats and intimidation of my critics and certain politicians. We will enforce all the illegal immigration laws by raiding private businesses, human smuggling and crime suppression operations. This is unconscionable and irresponsible to continue to allow these smugglers to return to the U.S. after being deported.”

Arpaio also said, “Yesterday Representative Raul Grijalva called for my resignation over some 2005 criminal investigations. In turn, I am asking for his resignation for calling for a boycott of Arizona due to my enforcement of SB 1070.”

According to MCSO, the Sheriff’s Office continues to make arrests, contrary to claims from federal officials that there has been a decrease in drug and human trafficking at the US-Mexican border.