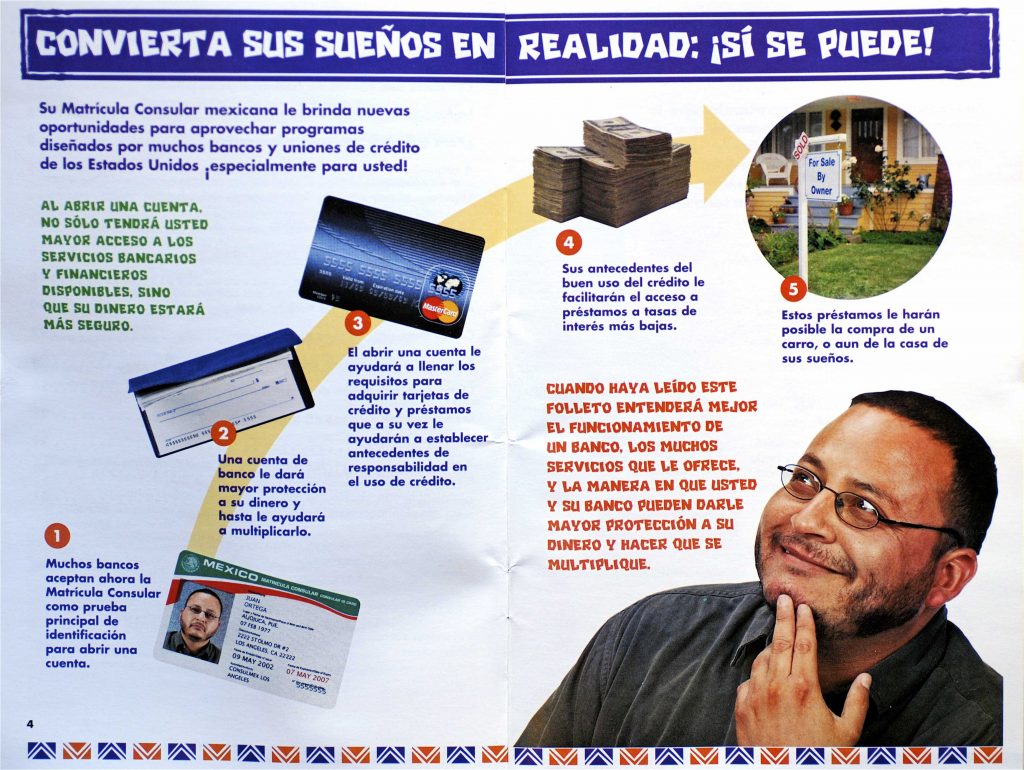 Several hundred people rallied outside the Mexican Consulate on Camelback Road in Phoenix on Saturday afternoon in the Valley’s first major counterprotest in the immigration debate.

Organizers said the rally was a chance to speak out on the issue after witnessing weeks of nationwide demonstrations by undocumented immigrants and their supporters.

Police would not offer a crowd estimate, but organizers said the rally attracted nearly 300 people. Many waved American flags, sang the national anthem in English and held up dozens of signs with messages like, “While we slept, the United States was stolen,” and “This is your country. Protect it.” Motorists driving by the crowd honked occasionally to show their support.

The Minutemen border watchdog group, which held its own smaller rally outside the Phoenix Capitol last week, was on hand recruiting volunteers. The groups United for a Sovereign America and Mothers Against Illegal Immigrants passed out brochures and collected signatures, which they said would be forwarded to elected officials.

J.T. Ready, who recently lost a City Council race in Mesa, was the event’s main organizer. Through Americans First, a group he formed during his political campaign, Ready called on supporters to protest against the “illegals,” the Mexican government and the federal government’s lax border patrol.

“I speak ‘American.’ If they want to speak Spanish, I know a great place for that,” Ready said from a makeshift stage outside the consulate.

Mike Harris, a GOP candidate for governor, was at the event. He told the crowd that if elected, he would deport immigrants who break the law.

People at the rally had varying reasons for showing up.

Phoenix resident Liz Jimenez blamed media and elected officials for portraying undocumented immigrants in a positive way, when she said most of them are criminals.

“Buffalo” Rick Galeemer, a Vietnam War veteran, said that if the federal government didn’t spend money on immigration, he would have more benefits.

About a dozen individuals hiding their faces and wearing sunglasses held up signs calling the Minutemen racists. One of the counterprotesters said she hid her identity because the Minutemen had threatened her life.

Ready and his supporters denied those accusations and criticized them for not showing their faces.

“We’re not against any group,” Hidalgo said. “We’re trying to resolve the immigration issue.”

Arizona has been depicted as one of the main gateways for illegal immigration from Mexico. It’s estimated that Arizona is home to about half a million undocumented immigrants.

All anti-illegal immigration groups will be asked to participate in a demonstration at high noon on 05/06/06, the day after Cinco De Mayo at their nearest Mexican consulate throughout the country (listed below).

The goal is to bring national attention to the use of the Matricula Consular cards that undermine America�s national security and sovereignty. The Justice Department and FBI have concluded that the Matricula Consular is not a reliable form of identification due to the nonexistence of any means of verifying the true identity of the cardholder.

Americans demand that Mexico discontinue aiding and abetting illegal aliens and instead help secure our mutual borders from terrorists, drug dealers, and those who refuse to pass through US Customs.

Mexico continuously demands increased immigrant visas for their citizens, an expanded guest-worker program, and amnesty for their illegal aliens living north of the Rio Grande. Mexico can no longer expect the United States to solve its social problems by allowing the border to serve as a safety-valve for job seekers.

All pro-American political candidates will be invited to speak to future constituents at this important event.

Members of Americans First plan to demonstrate at the consulate’s offices on Camelback Road from noon to 1 p.m.,the second time in two weeks, said J.T. Ready, the group’s leader.

“We are advocating that the government of Mexico should be designated a ‘threat nation’ because they are openly subverting our laws and sovereignty,” said Ready, who lost a bid to be elected to the Mesa City Council in March. Saturday’s demonstration is not in response to recent immigrant rights marches and rallies, Ready said.

He said consular ID cards issued by the Mexican government have helped thousands of undocumented immigrants gain legitimacy in the United States by gaining access to banking and other services.

He also criticized the Mexican government for publishing a comic-book style guide with advice for migrants, saying it promoted illegal border crossings.

Larissa Valenzuela, a spokeswoman for the Consul General of Mexico in Phoenix, said Mexico does not promote illegal immigration.

“J.T. has his opinion. We respect that,” she said. “But Mexico does not support illegal immigration and that is why President Fox is fighting for an immigration agreement” with the United States.

The consulate will not be staffed this Saturday, she said.

Justin Higgins, a spokesman for the U.S. State Department, said there is no such thing as a “threat nation” designation and that the United States and Mexico have a close relationship.

Arizona is the main gateway for illegal immigration from Mexico, and is home to about 500,000 undocumented immigrants.

�The Mexican people have to realize the government of Mexico is a threat,� Ready said. �They are corrupt against their own people.�

Ready said the protest was not in response to the immigration rights demonstration earlier this month, where more than 100,000 mostly Hispanic protesters marched to the state Capitol. But some of the protesters who showed up Saturday spoke out against that event.

�I look at that demonstration as an attack on our government and an attack on the American people,� said Glendale resident Iva Underwood.

The American government needs to focus on Americans, she said.

�I believe charity begins at home,� Underwood said. �We�ve got too many problems within our own country.�

Demonstrators carried signs that read: �Mexico Please Respect Our Laws and Our Border,� �Build the Wall,� and �Seal the Borders.�

�We hate the illegals, our border should be closed,� said Louise Lonsdale of Phoenix. �People need to realize we�re being taken over.�

Debates flared between the protesters and about 30 proimmigration activists who showed up to counterprotest.

One pro-immigration activist, Phoenix resident Eric Malatesta, 32, wore a black handkerchief across his face and waved a sign that read: �JT Ready is a Racist and Trigger Happy.�

�I am here to show solidarity with the immigrants and the poor people,� he said. �They insist they are not racists despite the fact that they are a very angry group of white people protesting the Mexican Consulate.�
Contact Shanna Hogan by telephone at (480) 970-2339.